Epos Music Design started in 2001, founded by two producers who wanted to change the way music business worked. Working together with the artists in a music business where typical record company structures would not be based on physical releases, but rather new methods and online distribution. We quickly learned that back in 2001 this was ahead of it’s time… 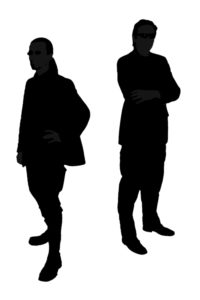 The producers behind Epos Music Design worked closely with artists and performers creating a broad variety of interesting artist concepts. Another part of the business was representing talents towards the music industry.

This work stopped around 2005 when the music industry went through dramatic changes, going into the future and embracing the digital world… Then came the rise of platforms like Youtube, Facebook and Spotify, that changed the way we all find and listen to music.

Some of these artists and bands that cooperated with Epos Music Design in the time period of 2001-2005 have come to continue on their own paths, creating great music! Some of them are 6th Awakening, Johnny Glaas and Chaos All Stars.

In 2007-2010 Epos Music Design took a new path and became more and more a partnership management for music talent and also focused more on artist development, booking and promotion. The Epos Music Distribution launched in 2009 as a platform for artists to cooperate in releasing their music.

During the years Epos Music Design have also been part of creative teams and projects, producing and releasing music, music videos and booking shows. Today Epos MD mainly focus to be part in creative projects and working with different artists and talents in project based assignments.